we're a new kind of retro.

Remember growing up as a 90's kid? There were no smart devices, you had to ask your parents to log you into the World Wide Web via dial-up, and the video games we had were Sega Genesis and Super Nintendo. Other than that, we pretty much had to use our imaginations to make up our own epic adventures in our parents' back yard. At Megatoxic, we want to recreate those experiences and sensations of being a kid-- and translate them into games.

Since 2003, Megatoxic has created a slew of nostalgic games such as the School of Torture series, the Strange X-50 and others. Game Catcher on the OUYA was our first console title ever, and the "Angry Video Game Nerd" for Atari 2600 was actually featured on the Angry Video Game Nerd show (10+ million views). Our most recent release, Ballzerk, is an arcade-style smart phone game with over 30 stages and makes use of tilt controls.

Our goals as a brand: 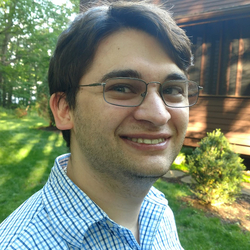 Tom O'Neil has been manning the Megatoxic brand since its conception in 2003. He currently works full-time as a support specialist for a local software company, but manages Megatoxic as an outside hobby. Tom has created all the game software under the Megatoxic brand name as-of-date and is interested in growing as a game developer. He is skilled at HTML5, graphic design, music production and the Game Maker: Studio software. He is also open to learning new programming languages and game creation systems. If you're interested in contacting Tom, he can be reached through the following methods: